Such a simple cinnamon cookie, and cookie shops just won't quit making them thin and crispy! Here's an easy recipe for soft chewy snickerdoodles, just in time for Santa's visit.

Mix the following in a large bowl: 3 cups flour, one egg, a teaspoon and a half of vinegar, three spoons of ground cinnamon, two spoons of vanilla essence, a cup of melted butter, a little more than a cup of sugar, a spoon of baking soda and a tiny pinch of salt. I mixed all of it with my hand. Preheat oven to 190C. Roll cookie dough into 22-24 balls. Pour out some cinnamon sugar in a small bowl. Roll each ball in the cinnamon sugar. Bake on a cookie sheet for 10 minutes. When you take them out of the oven, they'll be soft. Use the back of a glass to flatten them a little, and then let them cool.

Leave some out for Santa! 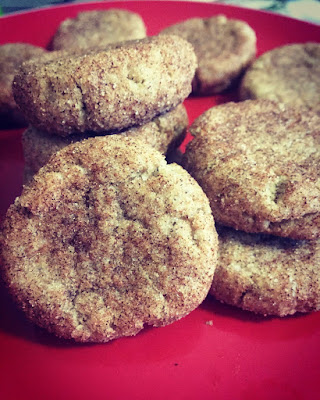 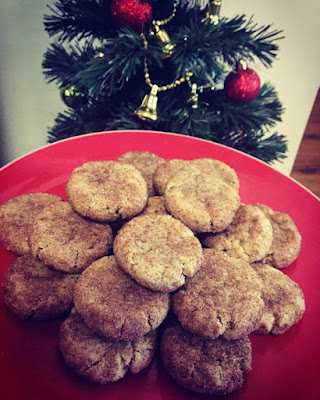 Posted by Shreyasi at 1:28 PM No comments: