This one is actually really easy to make; it's too bad I (unintentionally) stabbed myself with a knife the day I was supposed to make it; here it is, one day later.

To make the ganache that goes inside the cake, melt half a cup of chopped up chocolate with a little more than half a cup of cream, boiled and poured boiling hot over the chocolate. Mix until smooth, then refrigerate. Once the ganache is hardened and glossy, roll into little balls (like truffles).

For two molten lava cakes, mix half a cup of self-raising flour with two fat spoons of cocoa, one egg, a fourth of a cup of finely granulated sugar, a half teaspoon of vanilla essence, and about 100g of melted butter. Mix well in a bowl with a spoon until there are no lumps left.

Divide the mixture into two lightly greased ramekins; make sure the mixture only comes up to half of the depth of the ramekin. Add a ganache ball (truffle) in the middle and put the ramekins in a pre-heated oven at 220C for 10-12 minutes or until the outside has just set. Get the ramekins out; run a knife around the sides and dump the cake upside down onto a serving bowl. Add ice-cream and toppings of your choice, and dig in right away! 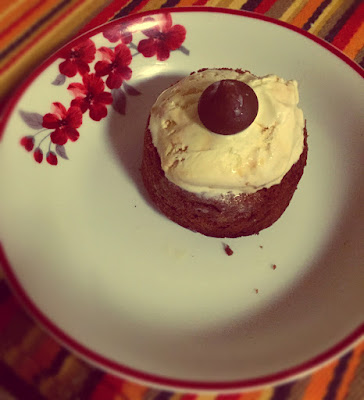 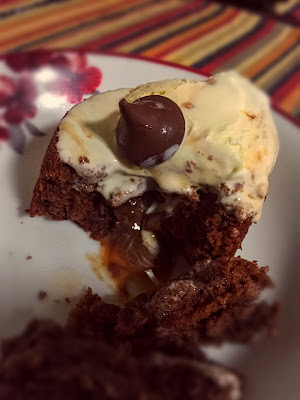